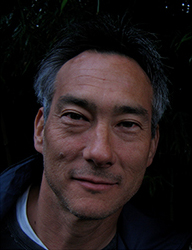 Ed is our senior craftsman, whose work with youth has inspired feature length films about coming of age and identity. He is a director, screenwriter, producer, and professor of filmmaking at University of Texas in Austin. His work includes three award-winning features, Bottom Land, The Dream Catcher, and The Speed of Life. He co-wrote the feature script Aime Ton Pere that won Best Foreign Film consideration at the 2001 Academy Awards® It was produced by Gerard Depardieu and starred Depardieu and his real life son, Guillame. He also directed and produced the marketing video for Global Youth Leadership Institute (GYLI).

Ed is the recipient of two NEA production grants, a Guggenheim Fellowship and a Rockefeller Foundation Fellowship. He has guest lectured at Columbia and NYU, and also teaches filmmaking with at-risk youth, Native Americans, incarcerated men and women, and Vietnam Veterans. He lives part-time on a sailboat in the Yucatan, developing feature film projects and awaiting his next ExEd Media assignment.