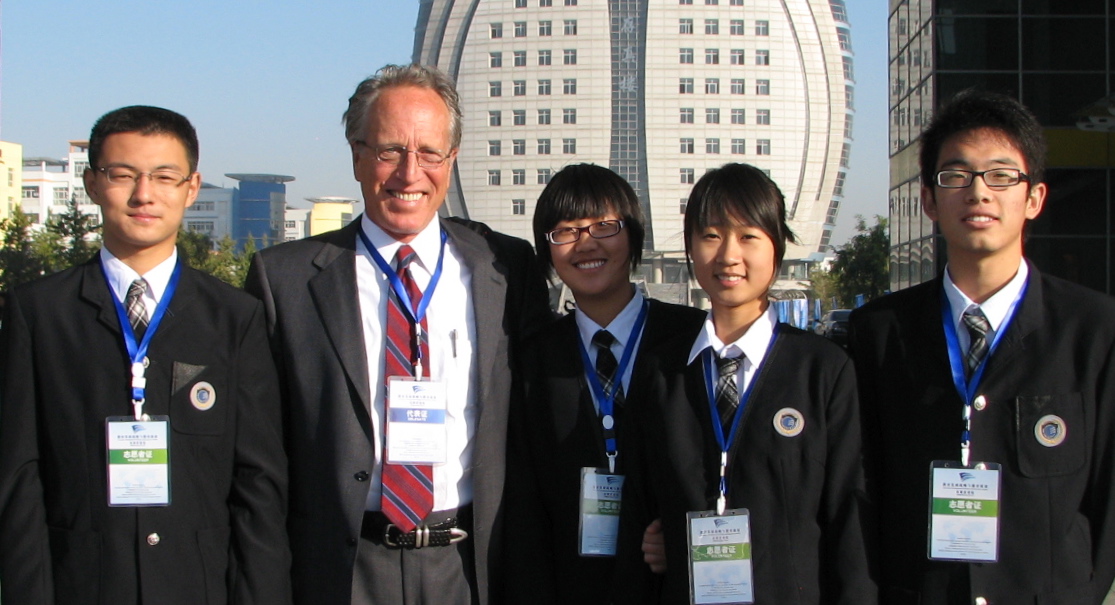 John is an award-winning teacher and consultant who works with schools, colleges, and non-profit organizations to strengthen and extend the brand in ways that increase revenues. He specializes in intercultural exchange programs that blend virtual encounters with face-to-face engagement for rigorous cognitive and interpersonal learning.

In this capacity, he directed the startup of Global Leadership Forum (GLF) at United World College (UWC). UWC is a system of 13 schools in 13 countries founded by Kurt Hahn and dedicated to “education as a force for peace and sustainability.” In May 2010, he visited Abu Dhabi to recruit students as part of the startup of a new school there. In October 2010, he was invited to lecture at a summit meeting with the Chinese Ministry of Education in Beijing, where he presented on experiential approaches for creative learning and discussed a variety of exchange opportunities. In November 2010, he attended the international meeting of the Center for Citizen Diplomacy after helping UWC win the “Top Ten” award for its “Beyond Borders” program.

Dedicated to innovative approaches toward a more sane world, John began his career at Albuquerque Academy. In a decade of service there, he led the development of the country’s premier program combining interdisciplinary teaching, environmental education, and experiential methods. This resulted in the award of the Klingenstein Fellowship at Teachers College.

A year of study with a cohort of leaders in New York City inspired a desire to address the needs of a broader audience. In 1989, John moved to Boston as Vice President of Thompson Island Outward Bound Center to oversee the historic merger of Outward Bound with mainstream schools and colleges. This evolved into a role as founding director of Lesley University’s Center for Peaceable Schools. During eight years at Lesley, he led a statewide effort to train teachers in the art of conflict resolution and intercultural understanding. He also co-founded a first-of-its-kind graduate degree program in Curriculum and Instruction and served as a Commissioner for the Commonwealth’s Department of Education.

In 2001 John became president of the Independent Schools Association of the Central States (ISACS), overseeing the standards of excellence for 240 Midwestern schools. In response to the “age of the unthinkable” following 9/11, he started up Global Youth Leadership Institute. GYLI focuses on interfaith understanding, intercultural skills, and adaptive leadership capacities during a unique and powerful three-year-long program.

John has an MA in Educational Administration from Columbia University and a BA from Brown University. Upon graduation from Brown he was awarded the Arnold Fellowship and spent a life-changing year in the African Republic of Cape Verde, leading an international project dedicated to cultural survival. He is the recipient of numerous fellowships, including an N.E.H grant to retrace the footsteps of St. Francis of Assisi as a way to explore the origins of modern ecology.